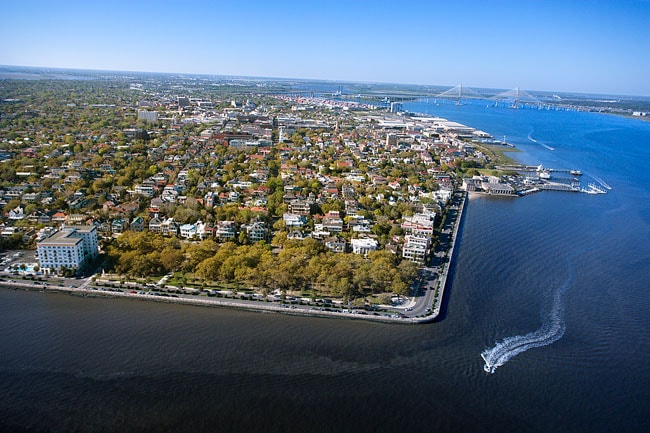 Charleston is the second largest city in South Carolina and has a population of approximately 130,000. The historic Charleston downtown is on a peninsula formed by the Ashley and Cooper rivers, which flow into the Atlantic and are protected from the ocean by surrounding islands. The city is an important port, boasting the second largest container seaport on the East Coast and the fourth largest in North America. Charleston is known as the "Holy City" because of the prevalence of church steeples that dot the city’s skyline, and the fact that it was one of the few places in the original thirteen colonies to provide religious tolerance to the Huguenots and Jews.

The Charleston Old and Historic District is a National Historic Landmark District in Charleston, South Carolina. The original historic district encompassed everything south of Calhoun Street, but the district boundaries were later enlarged to include areas further north between Meeting Street and King Street (see map below). The area is home to over 1,400 historic structures, with an unparalleled collection of 18th and 19th-century architecture. Built of brick, stucco, or clapboard, many of these structures are Charleston “single houses,” one room wide, with a gable end to the street and tiered piazzas. Others are plantation style houses. Architectural styles include Georgian, Regency, Federal, Adamesque, Classical Revival, Greek Revival, Italianate, Gothic Revival, and Queen Anne, among others. The district also contains many outbuildings (stables, carriage houses, kitchen buildings), many of which have been extensively altered to accommodate modern needs. 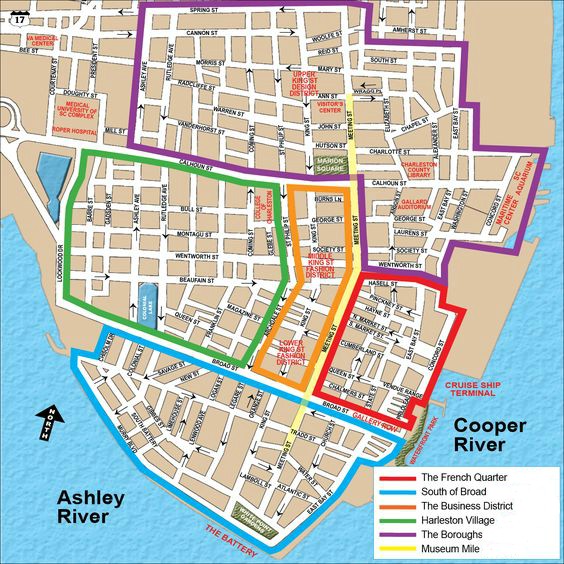 The Charleston Peninsula is made up of 5 distinct neighborhoods: The Boroughs, Harleston Village, The Business District, also called the Shopping District, The French Quarter and South of Broad. 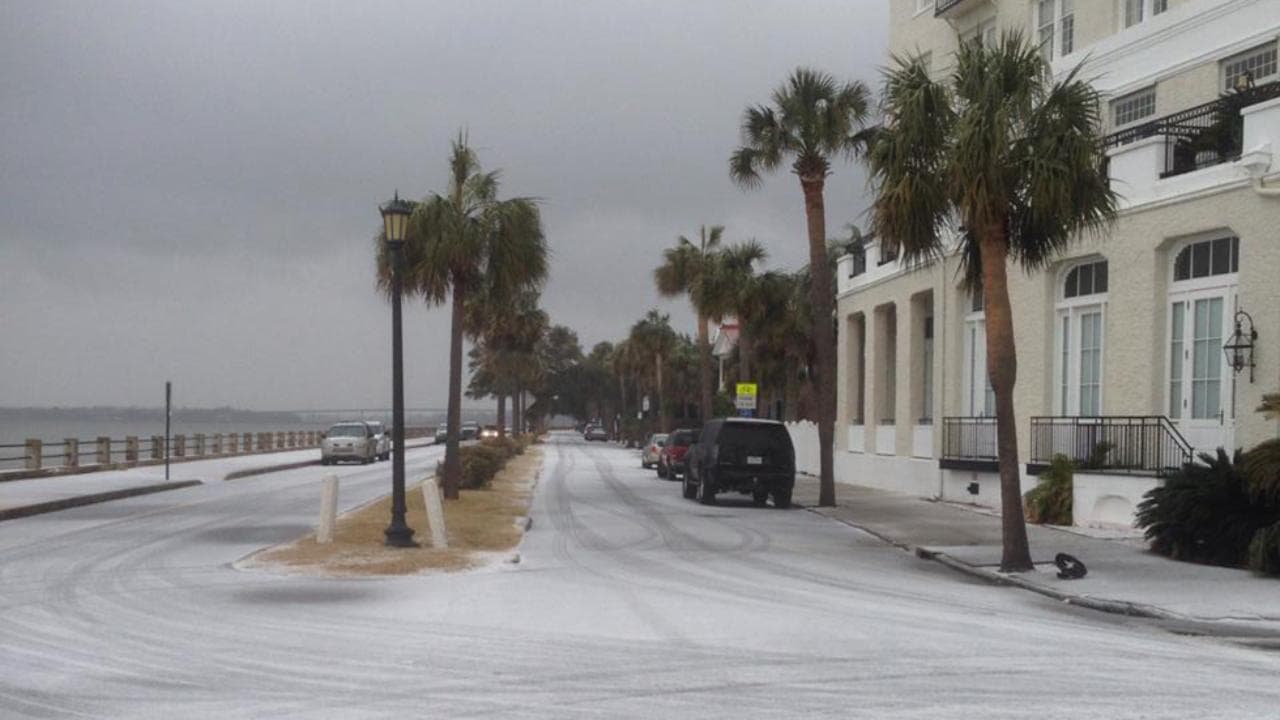 Charleston has a humid subtropical climate with warm summers and mild winters. The daily high temperatures average around 75°F and daily low temperatures average around 56°F. The hot season runs from May 27th until September 18th, with July 23 being the hottest day of the year. The cool season runs from December 1st until March 2nd, with January 17th being the coldest day of the year. Charleston experiences high dew points for about 6 months of the year, from the first of May until the end of October. During these months, the humidity comfort level can range from muggy to oppressive.

Although Charleston is pretty far south, the city experiences a rare snow day. On January 3, 2018, its first significant snowfall in years blanketed the city. The Charleston International Airport received over 5 inches of snow, while many other neighborhoods on the peninsula received anywhere from 2-5 inches. Area schools, businesses, roadways and even the airport were forced to close due to dangerous driving conditions. It took several days before life in Charleston returned to normal.