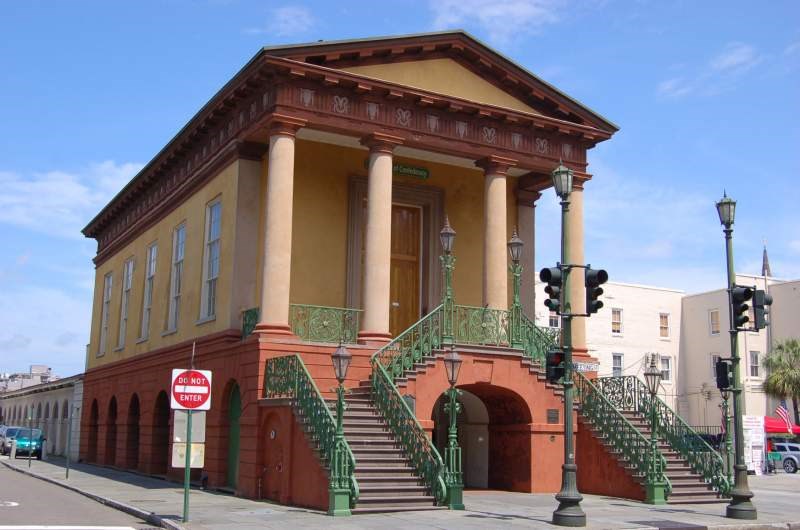 The Museum at Market Hall, located upstairs in the historic Charleston City Market, houses many Confederate soldiers' war-time possessions donated at the end of the Civil War, including uniforms, flags, swords, diaries, and cannons.

Thousands of young men were flooding into Charleston in the spring of 1861 to sign up with the Confederacy to defend the South.

These young men reported to the Confederate recruiting station in Market Hall, and were given supplies, weapons, and orders.

In 1894, the Charleston Chapter of the Daughters of the Confederacy was founded. The group began collecting artifacts from the war. Five years later, the United Confederate Veterans reunion was held in Charleston. The group decided to help the ladies form a permanent Confederate Museum in Charleston. The former soldiers were asked to bring their war-time possessions to the reunion for donation to the museum. The same building where these young men had gone to become soldiers became the place they brought their relics to be preserved for the future. The museum opened its doors to the public in 1899.

Hotels Near the Museum at Market Hall