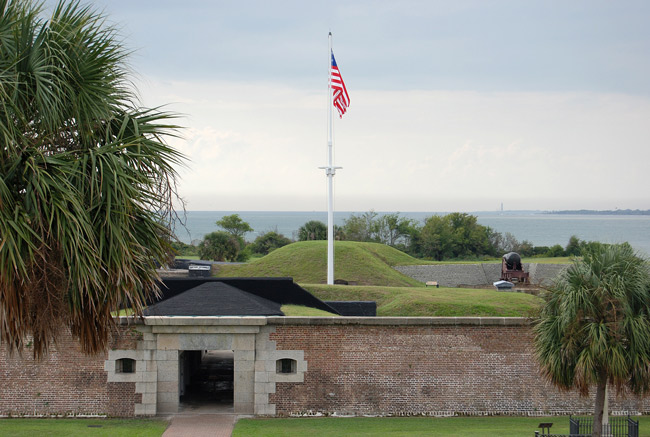 The first Fort Moultrie on Sullivan's Island, constructed of palmetto logs and sand, was built in the 1770’s. This fort saved Charlestown from British occupation and was named in honor of its commander Colonel William Moultrie. Four years later, the British captured Charlestown and Fort Moultrie.

In 1793, war broke out between Great Britain and France. The Congress, seeking to safeguard American shores, authorized a second Fort Moultrie to be built. This fort suffered from neglect and was later destroyed by a hurricane in 1804.


Once the war ended, the fort was repaired and modernized, but later became obsolete as nuclear weapons and guided missiles started being used. In 1960, the fort was decommissioned and became part of the National Park Service.

The fort has a visitors center that shows a short film and features a small museum detailing Moultrie's history. For a small fee, you can then tour the fort itself, as five different sections of Moultrie are preserved to look as they did in five different historical eras. Fort Moultrie is not as popular as Fort Sumter, so you will not have to deal with the large crowds.

More Things to do in Charleston