The Arthur Ravenel Bridge is a 2.5 mile long cable-stayed suspension bridge with two diamond-shaped towers, each 575 feet high. The bridge, which connects Charleston and Mount Pleasant, is named after Charleston politician Arthur Ravenel who led the campaign for the bridge to be constructed over the Cooper River. Construction took less than four years and the bridge opened to traffic on July 16, 2005 at a cost of $632 million. Almost 80,000 cars travel on the bridge daily. The bridge’s structure is designed to withstand shipping accidents and natural disasters that have plagued Charleston’s history. It is designed to withstand wind gusts in excess of 300 mph, much stronger than those of Hurricane Hugo that hit Charleston in 1989. Engineers also considered the 1886 earthquake that nearly leveled Charleston. The bridge is designed to withstand an earthquake of 7.4 on the Richter magnitude scale without total failure. To protect the bridge from drifting ships, the towers are flanked by one-acre rock islands. Ships will run aground on the islands before colliding with the towers.

Along with eight lanes of travel for vehicles, the bridge also has a 12 foot wide path named Wonders’ Way for bike and pedestrian traffic. The path is named in memory of Garrett Wonders who lost his life in a bicycle-vehicle collision. The best time of day to walk or bike the bridge is at sunset. The middle of the bridge offers an amazing view of the sun setting over the Cooper River.

If you are looking to ride your bicycle across the bridge, parking is available on both sides. Another option is to park at the Maritime Center and ride the water taxi over to Patriots Point. Then ride your bike from Patriots Point across the bridge and back to the Maritime Center.  The loop is about a 7 mile bike ride and allows you to see the bridge, get up close to the USS Yorktown, and take a boat ride through the harbor.  The water taxi is $12 for an all day pass. 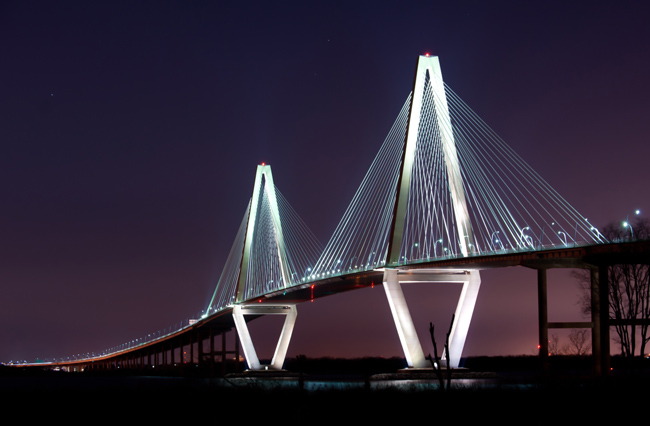 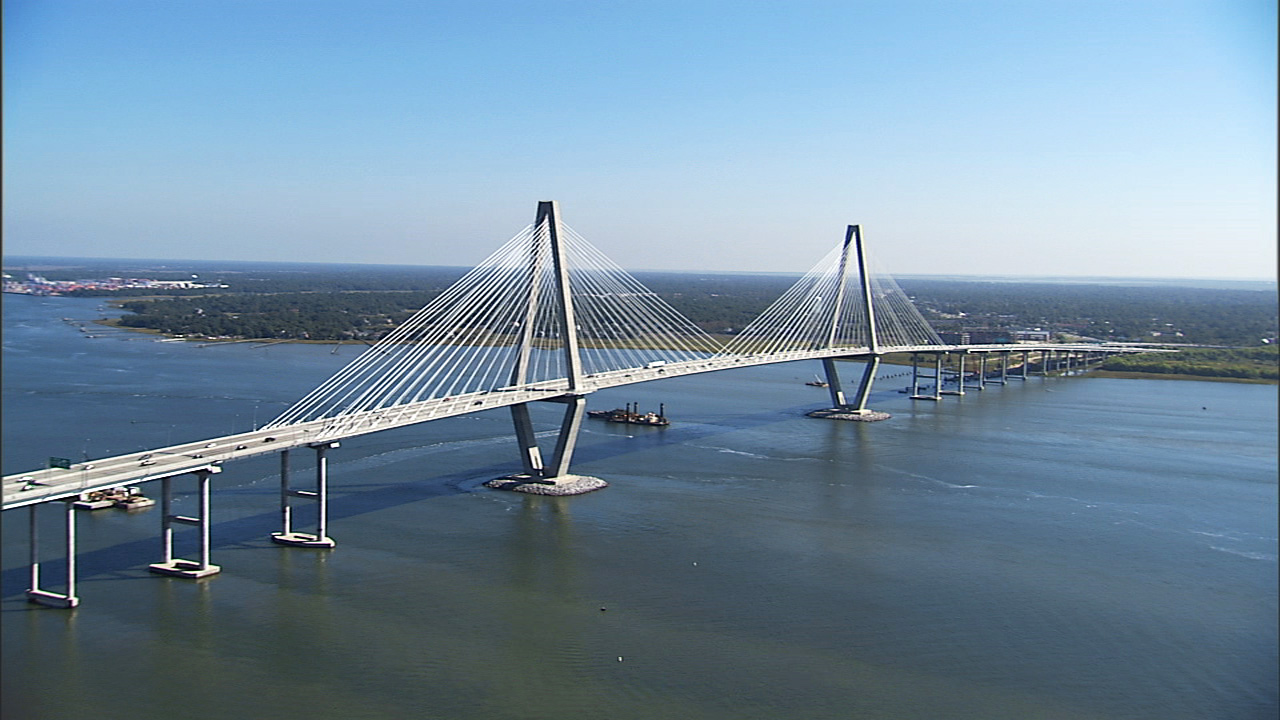 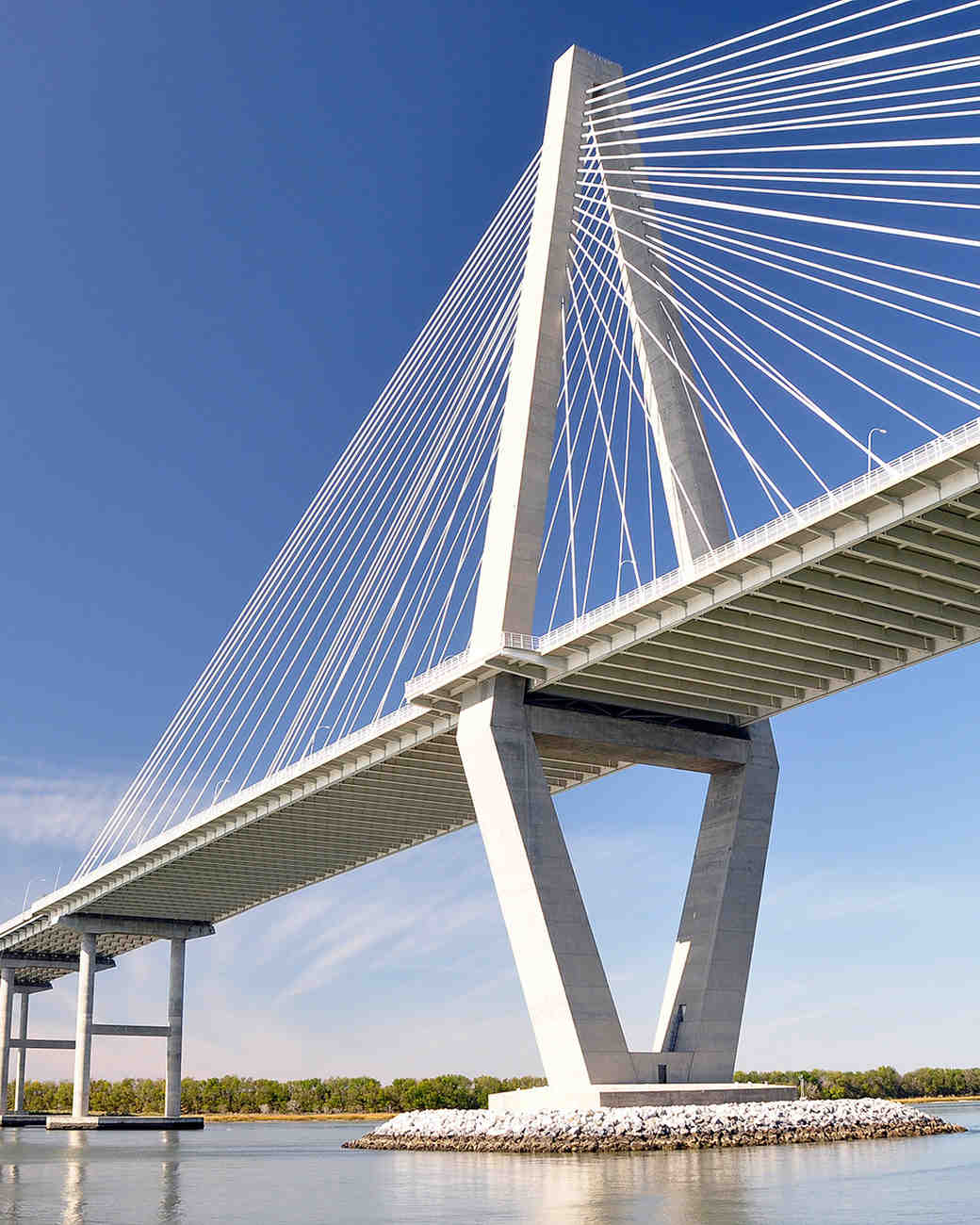 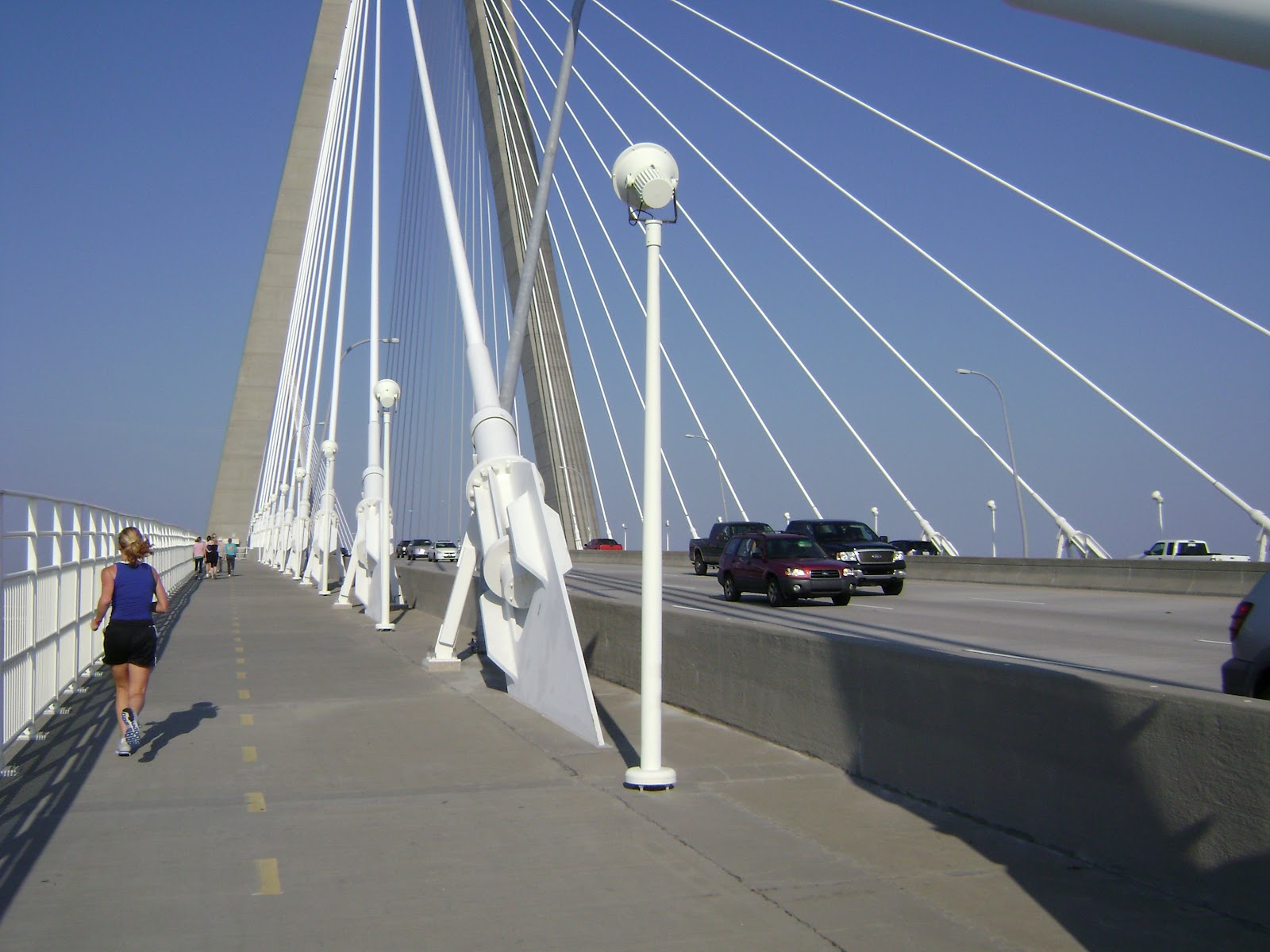 Current and Upcoming Events at the
Arthur Ravenel Bridge

Every April, over 20,000 people participate in the Cooper River Bridge Run. The 10K foot race is the 3rd largest in the United States. The race begins in Mount Pleasant, crosses the Arthur Ravenel Bridge and ends in downtown Charleston.

Hotels Near the Arthur Ravenel Bridge 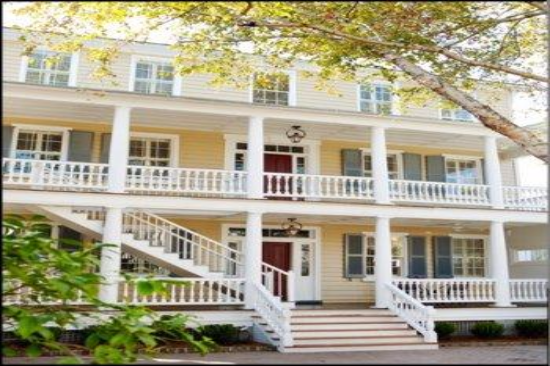 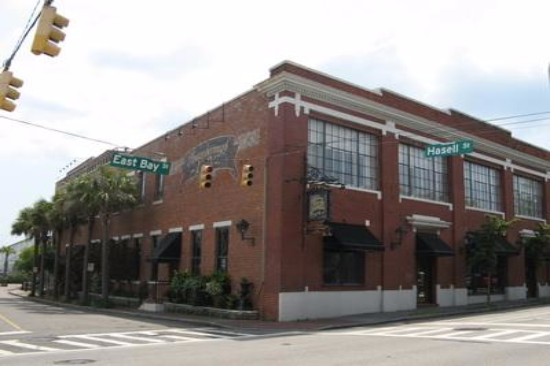 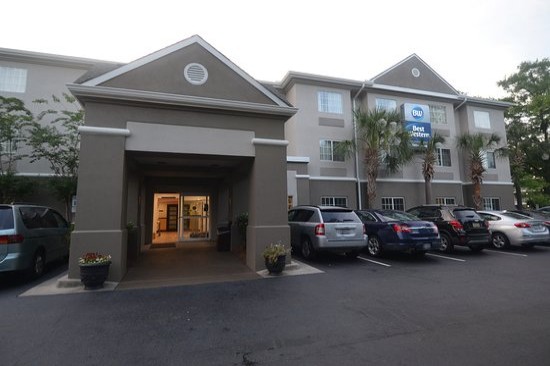